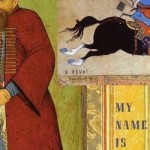 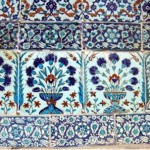 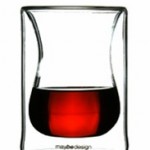 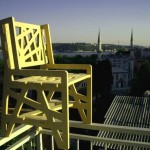 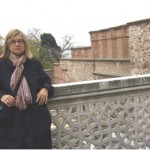 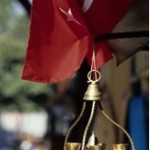 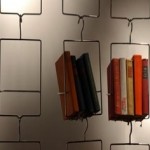 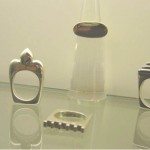 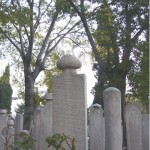 Today, the students in Design Fictions dissected Orhan Pamuk’s Nobel Prize winning novel My Name is Red—a story narrated by people and objects that centers around the conflict caused by the introduction of Renaissance realism into manuscript illustrations in 16th-century Istanbul.  Just as Pamuk uses the conceit of a murder mystery to tell a parable of ambivalence between Eastern loyalties and Western influence, we worked as detectives to discover how style and form communicate meaning and cultural values. To establish the context for our search, we watched this film about the novel.And since Pamuk’s story is also a metaphor for contemporary cultural tensions, we then looked at examples of contemporary Turkish design. Studying the work of Istanbul designers Erken Akan, Ali Bakova, Alper Böler & Ömer Ünal, and Ela Cindorouk, we discussed how the city’s unique position, resting in both Asia and Europe, continues to influence form. At the end of our theoretical procedural, we solved our own case, by rescuing style from its formalist ghetto.